A former automotive repair shop is today a stunning contemporary home in the heart of San Francisco’s SoMa neighborhood. It only took 10 years to complete the transformation.

Around 2006, Khaled Dajani had a vague idea to buy a concrete or brick warehouse-type building and convert it to a residence reminiscent of New York lofts he admired. He bought this one but rented it out until his vision was clear. For guidance, he turned to Oakland-based architecture firm Arcsine; he knew the firm from commercial projects he’d been involved with. Time marched on through a lengthy city approval process until 2017, when the renovation started.

Construction took another 4 years, due partly to the global pandemic and supply chain shortages. Now, the 2-story building, circa 1990, has finally been reconfigured as a 3-story, 4-bedroom home for Dajani and his family.

The home was built inside the original structure without removing any of its exterior walls. The architect’s subtractive, geometric practice of cutting into the structure’s volume while adding window openings and an abundance of glass resulted in a final layout that allows natural light to penetrate deeply into all the spaces.

The cinder-block exterior was sheathed in white stucco. “Part of the design is you can’t guess what is inside from the outside,” Dajani says.

One of the top items of Dajani’s wish list was a courtyard entrance that would ease the transition from the street, rather than a front door at the sidewalk. Creating that wasn’t easy, because the building fills the entire lot and is surrounded by others on three sides. Fortunately, the lot is four feet wider than the typical city lot of 25 feet.

A new, windowed exterior wall was constructed inside the perimeter on one side, and the roof overhead was detached. That left space for a slim, open-air courtyard leading to the newly fashioned entrance. From the street, what looks like the front door is actually a gateway to the courtyard.

“It was an unusual choice, kind of counterintuitive, to take away some of the habitable space, which is worth so much in San Francisco,” says Arcsine co-founding principal Adam Winig. He was joined on the design team by partner Daniel Scovill and architect Tracey Bornstein, who is no longer with the firm.

Beyond the front entry is a dramatic 3-story glass atrium, which houses the walnut and cantilevered-steel staircase. On the first level is a guest suite, a lap pool, a sauna, a steam shower and a 2-car garage. Dajani says his inspiration for the pool area was a hammam, a type of bathhouse associated with Islamic culture.

He also wanted to retain some of the building’s original character, hence the concrete slab floors and block walls in the pool area. The team went so far as to highlight some of the cracks by accentuating them with gold paint, similar to Japanese art of kintsugi, a practice that emphasizes finding beauty in imperfection.

“I want people to know this used to be a warehouse,” Dajani says.

Another unusual feature of the home is the lightwell, which pierces through the second and third floors like a flashlight beam. The lightwell adds an additional sense of airiness of the floor plan, helps define some of the spaces, and also achieves something important for Dajani.

“I wanted the beautiful lap pool to be seen from every part of the house,” he says.

The pool can be glimpsed from the master bath shower, which shares a glass wall with the lightwell. Narrow skylights in the floor of the second-level deck also reveal the pool below.

The second floor, which is paneled with exquisite book-matched walnut, serves as the home’s main living area. The contemporary kitchen is delineated from the dining area by a generous island, and a window wall opens to an outdoor deck.

The third floor, the sleeping level, is an addition to the original building. Two children’s bedrooms share a bath, while the master suite integrates an expansive marble-tiled bath with freestanding tub and spa shower.

A spiral staircase leads to the roof deck. “We really tried to create an urban oasis,” Winig says, “an open, airy residence with outdoor spaces and engaging views, not only of the city but also of the interior itself.”

“I love it,” Dajani says. “I’m a city boy. Wherever I am, I gravitate to cities. This is a dream, to have such a generous space in downtown San Francisco.”

In 2015, Daniel Scovill and Adam Winig, founding principals of Arcsine, created an internship program for students at underserved high schools in the Oakland Unified School District. Since then, numerous high-school students have worked at Arcsine, gaining professional experience in the architecture and design fields. Some have gone on to pursue those interests in college and have returned as college interns.

In another partnership with Oakland schools, Arcsine architects recently worked a high school to teach a senior class how to design their own chicken coop. The coop was then built at a nearby elementary school, with a few design elements left to be added by the next year’s class. 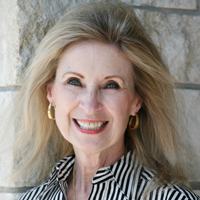 Savor the Earthy Tones of this California Craftsman Home, with a Glorious, Rustic Kitchen